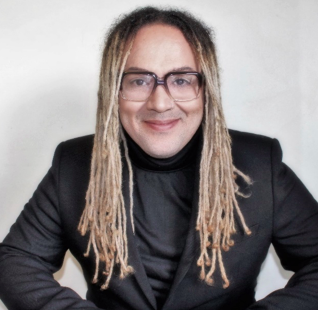 Richie Roman is an internationally televised celebrity hairstylist. Millions grew to love him after watching him on the CBS Emmy winning television series UNDERCOVER BOSS where he was selected as an award recipient by Phenix Salon Suites Founder & Beauty Icon, Gina Rivera. He was also featured on the Bravo hit series Tabatha’s Salon Takeover.

Roman’s talent in the hair and beauty industry is well recognized and has earned him two North American Hairstyling Award nominations. Roman is passionate about textured hair and is a platform educator as well as an Artistic Director on Gina Rivera’s Artistic Team. Roman’s creative eye and attention to detail have made him a sought-after hairstylist on the set and runway, by his loyal clientele, and at national education events throughout the United States.